Eating Disorders in Children and Adolescents

Parents want their children to be healthy. While it's important to teach children good eating habits, it's also important that parents don't unintentionally encourage them to become fixated on what they eat and how they look. If a child struggles with her (or his) body image, she is at greater risk for developing an eating disorder.

Eating disorders in children are more common than you might think. At a young age, children are exposed to messages about diets, staying thin, being physically fit, and maintaining a certain appearance to be accepted by society. Body image is the way someone sees their body based on appearance, size, and how they physically feel. Children can pick up on body dissatisfaction, body comparisons, and food judgments from family, friends, peers, school, or social media. Parents can help by normalizing different types of bodies instead of comparing themselves to what they see in the media.

Eating disorders do not discriminate based upon gender, age, ethnicity, or race. Both males and females can suffer with an eating disorder. Eating disorders can be related to genetics, mental health disorders, and environmental or cultural factors. Some parents may think they are modeling healthy eating and exercise habits. However, focusing on portion control, good food versus bad food, and rigid or extreme exercise can unintentionally send disordered eating messages to children. Children listen and pick up on things from parents and peers, so it's important to encourage them to feel confident and comfortable in their own body.

Social media is one of the biggest environmental factors that children and adolescents are exposed to. Social media often promotes the idea that attractiveness requires a certain body type or being thin. In one study, female adolescents who spent most of their time on Instagram or Snapchat were more likely to have restrictive eating habits (refusing to eat certain foods) and to over exercise.

Many parents have a difficult time determining whether their children are engaging in normal adolescent behavior around food and exercise or if their behaviors could be red flags for developing - or having - an eating disorder. Some children can show several signs of having an eating disorder before parents realize it. It's important to trust your instincts when you notice emotional or behavioral changes in your child. 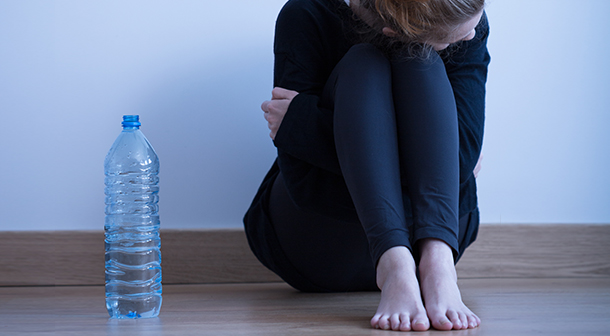 There are a variety of eating disorders. The most common are anorexia, bulimia, binge eating disorder, and avoidant/restrictive food intake disorder (ARFID).

Anorexia (anorexia nervosa) is restrictive eating with the intense fear of gaining weight, which usually leads to weight loss. In some cases, weight loss may not occur; rather, there may be a decline in the child's growth. Someone with anorexia may also have a fear of weight gain and be in denial about her low body weight. Children or adolescents with anorexia see themselves as overweight when they are actually physically underweight or malnourished.

Signs of anorexia may include but are not limited to: 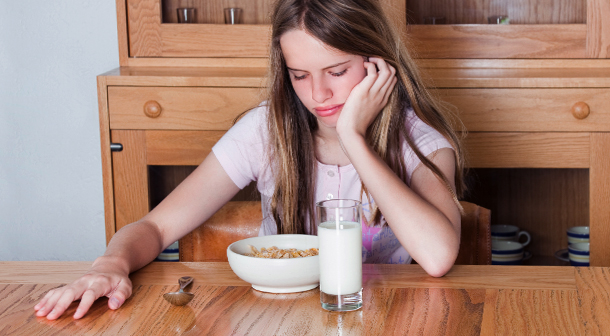 Bulimia (bulimia nervosa) is defined as binge eating, which is eating a substantially large amount of food in a short period of time and feeling a lack of control over eating. Lack of control over eating can also be associated with emotional eating. Binge eating leads to compensating for weight gain by purging, abusing laxatives, weight loss pills, or excessive exercise.

Signs of bulimia may include but are not limited to:

Avoidant/Restrictive Food Intake Disorder (ARFID) is an aversion to or fear of food based on how it looks, smells, or feels. It can seem similar to picky eating but is so extreme that it leads to weight loss, malnutrition, or decline or plateau in growth. ARFID is not related to a fear of gaining weight or body image disturbances.

Signs of ARFID may include but are not limited to:

Binge Eating Disorder is eating a substantially large portion of food in a short period of time and feeling a lack of control over eating. Unlike bulimia, binge eating does not result in purging or compensating for food that was consumed. It can lead to weight gain and shame or guilt after binges.

Signs of binge eating may include but are not limited to: 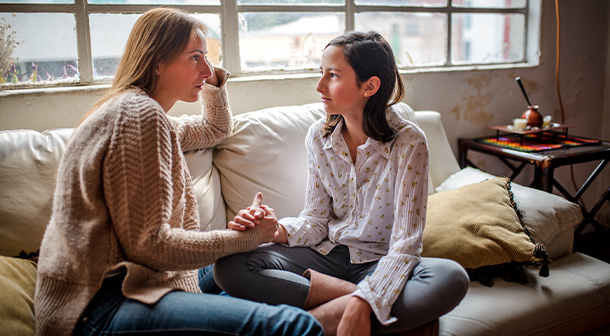 Identifying an eating disorder is not always easy. Some children may not check all the boxes for a specific eating disorder. If you notice your child is showing any of the above behaviors over a period of time, talk to them about it. If you notice they no longer eat lunch at school, have a new increased exercise routine, or no longer eat with the family, then it is time to discuss what is going on to better understand these changes. It is important to address any red flags sooner rather than later. Children and adolescents have a better chance of recovery when an eating disorder is addressed early.

It can be hard for people to acknowledge or accept when they have an eating disorder. Ways to support your child include acknowledging their emotions and behaviors, validating their struggles, and asking how you can support them. It is important to approach your child with empathy and concern rather than anger.

Ways to validate your child can be as simple as, “I notice something is bothering you. You seem angry. I can understand why you would be angry because you don't want to have dinner tonight. How can I support you?” This identifies your child's emotion and acknowledges why they are feeling this way. It is important to validate your child's emotions and reactions and asking for ways to support them. This shows that you want to help and not try to fix it for them.

As a parent, you may not even be aware of your own biases toward food or exercise. If you suspect your child might be struggling with an eating disorder, avoid talking about calories in food and let them know you embrace all body shapes and sizes. 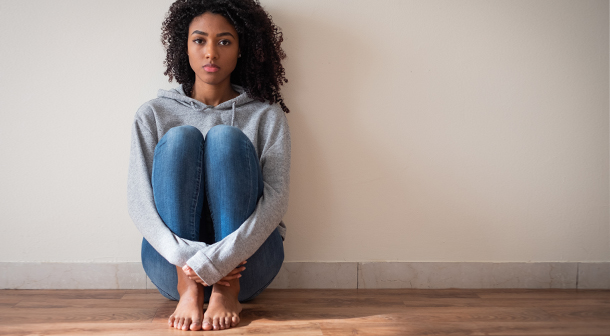 Talk to your child's pediatrician or doctor if you are concerned that she may be developing an eating disorder. You can also call the National Eating Disorder Association (NEDA) at 1-800-931-2237 for a confidential assessment. Remember, as a parent, you know your child better than anyone, and you are her greatest supporter.

Have a question about eating disorders?

Brooke Bishop is a licensed clinical social worker in Austin, Texas, who works primarily with adolescents and adults with eating disorders. 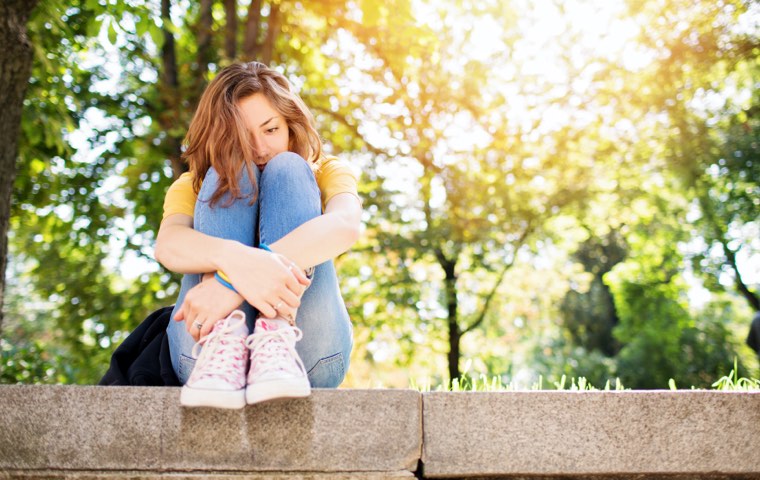 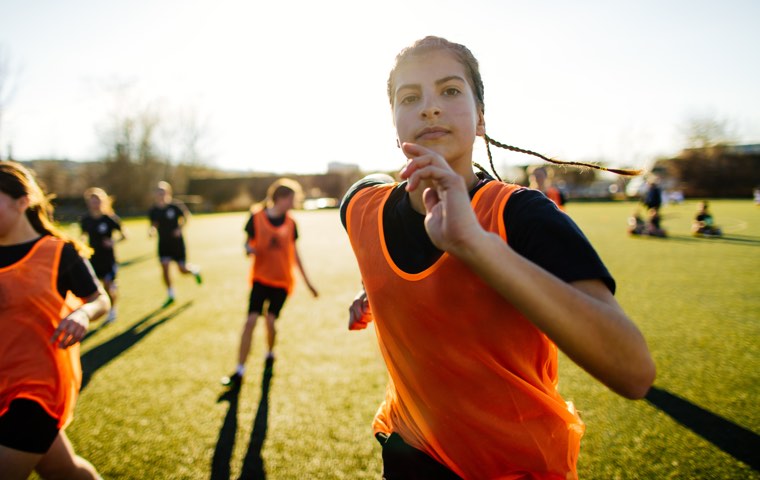 It's never too early or too late to build confidence in your child. 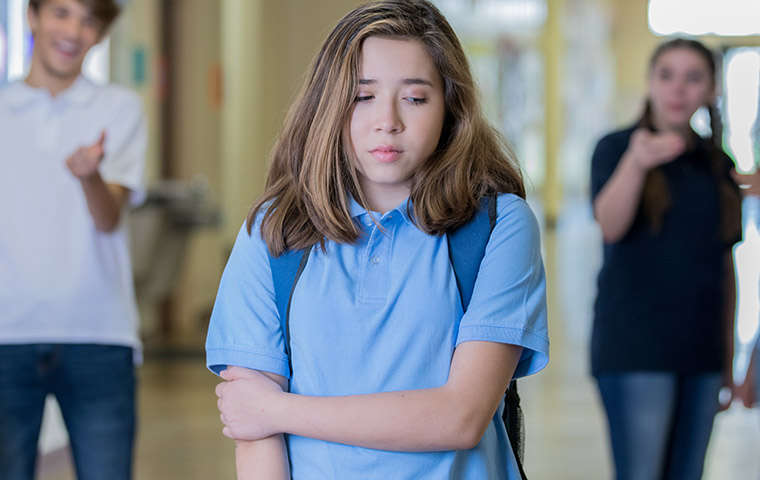 How to Stop Bullying and Cyberbullying

What to do when your child is being bullied - or is a bully.